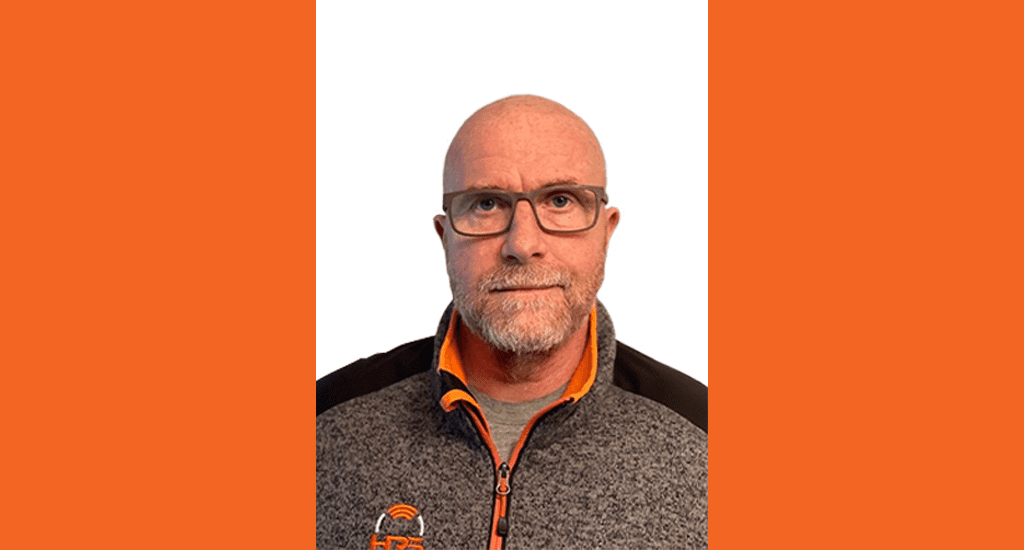 “I’m delighted to have joined HRS and to bring my operational knowledge of traffic management which I built at HW Martin Traffic Management, to support the digital revolution of the industry. I’ve worked with James Jarrett, HRS Technical Director and Roger Poeth, Managing Director over the past 10 years and share their vision on how digital technology can improve the safety of road workers and road as well as playing a part in reducing the carbon footprint of the industry and delivering efficiencies with smoother management of resources.

“What makes me really excited about digitalisation is that the possibilities are endless, particularly if we look at how far we have come in 10 years, since HRS was first established. It’s worth remembering that Roger and James set up HRS following the death of a road worker who was killed by a vehicle which had breached a closure. Their motivation was to use technology to keep road workers safe. And so, Intellicone® was born.

“Now, I’ll be the first to admit that it was probably met with a certain scepticism – “a talking cone, it will never work!” But Roger, James and the HRS team persevered, changed the thinking within the industry and now the use of Intellicone® is regarded as best practice in traffic management. The product has advanced from those early days, with the team at HRS having the vision to continually improve the product in line with industry requirements. Now in its third generation as the award-winning IIPAWS (Intellicone® Incursion Prevention & Warning System), it is one of the key products on the market and the need for it has never been more important. National Highways has just published a report which shows there were 221 incursions in November 2021. We know that a number of these incursions will have put road workers at risk which could be eliminated with digital technology such as IIPAWS®.

“HRS has added to their product range with some really fantastic products which have the potential to really change the face of traffic management. Our Dynamic Speed Sign is a remotely operated speed sign which can display either 60, 50 or 40mph depending on what is happening within the work zone and our new 360 cameras will be a great tool in the fight against roadworker abuse.

“Other game-changing products are Intelliframe® and Intelliframe® Lite which have the potential to deliver major improvements to the industry for both Streetworks and the high-speed network. Used for Streetworks, it allows companies to remotely manage permits and compliance issues to reduce the risk of fines. Used on the high-speed network, it will move the industry from routine to event-based maintenance by allowing real-time monitoring and data-led decisions. This will allow the industry to reduce maintenance crews which frees up these resources to be used elsewhere and, at a time when recruiting new talent into the industry is challenging, this will make such a difference. Additionally, by reducing maintenance crews, we are taking vehicles off the road which has a direct positive effect on the industry’s carbon footprint.

“We have recently published a White Paper outlining more of the benefits that digitising traffic management will bring and we are working with a number of traffic management companies to deliver digitalisation. As an example, on the M60, by using Intelliframe® and Intelliframe® Lite, we have moved from routine to event-based maintenance. In the first six months of these works, we reduced CO2 emissions by 14,000kg and eliminated 720 live traffic/operative interfaces. These are the results that digital technology can deliver.

“I have been in the traffic management industry since the early 90s and have seen many positive changes during this period. I firmly believe that digitisation is the next big thing. Perceptions and mindsets are changing and will need to change but we need greater synergy and drive from stakeholders right across the industry to bring the improvements and benefits that I know will make a real difference to safety, resource efficiencies and our carbon footprint. It’s exciting times and I’m delighted to be part of it.”